"The Menagerie Part I" (A.K.A. How Star Trek Got Me My First Speeding Ticket) 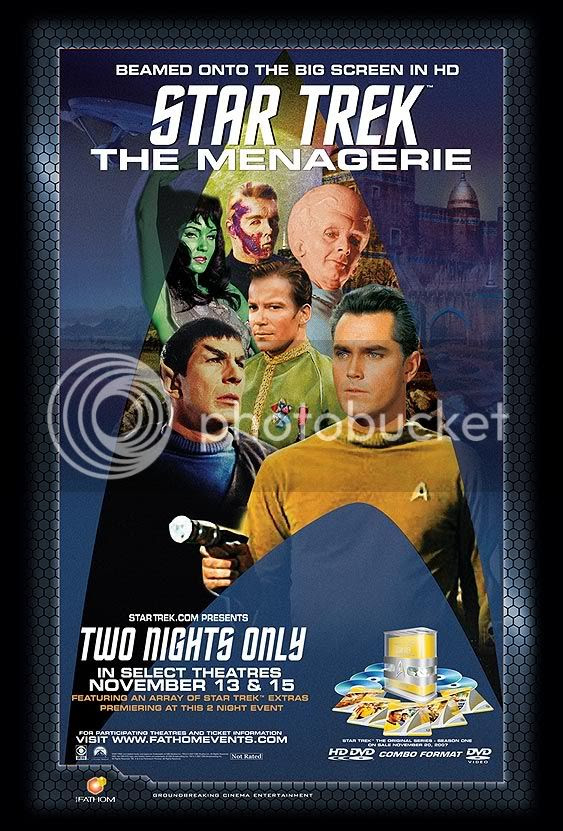 So, last night theaters across the world showed a Star Trek Remastered episode to promote their new HD-DVD release of Star Trek. The episode shown was "The Menagerie".

I learned about this showing a month or so ago. Sarah and I made plans to attend the screening, with our good friend Jonathan, on November 13th at 10:30pm.

Why Jonathan agreed to go is beyond me, because he claims to hate Star Trek. However, in the past year, he has watched all 10 Star Trek feature films, numerous episodes of TOS, TNG, and VOY. He has even admitted that he has watched episodes of VOY on his own. He's obviously a closet Trekkie. Maybe one day he will "come out".

Anyway, on to the story. Because of work, I knew that I would miss the first 15 minutes or so of "The Menagerie" showing, because it started at 10:30p.m., and I don't get off work until 10:33p.m. The first 30 minutes, however, was a behind the scenes look at the Remastered episodes, and so I knew I wouldn't miss any of the actual episode.

Around 2:30 p.m., Sarah goes to the theater and buys tickets for herself, Jonathan, and me. The theater lady asks her if we are going to the 10:30p.m. Star Trek, and Sarah says "yes". The theater is expecting alot of Trekkies to attend at that time.

So, Sarah and I spend a whole day at work, looking forward to seeing the episode, as it's a diversion from the monotony of my daily routine. Obviously, Jonathan spent the whole day dreading it, as he won't admit he likes Star Trek.

Anyway, 10:33 rolls around, and we head out in a hurry to get to the theater, which is about 10 minutes away. So with Jonathan, Sarah, and I loaded up in the car, we drive fast down the parkway toward the theater. The speed limit is 50, but I know I hit probably 72 or so. 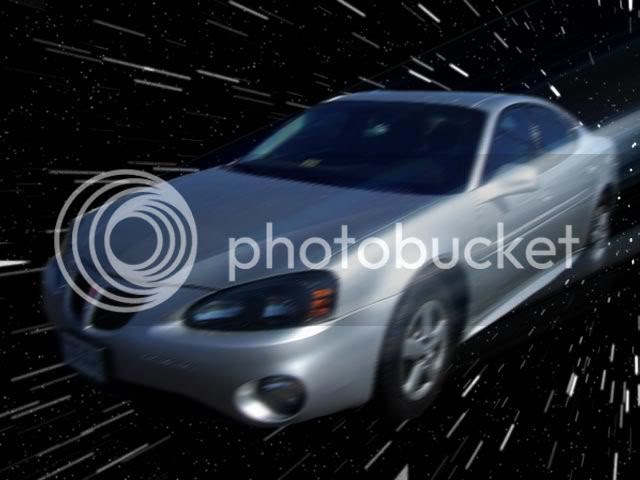 As I'm peaking at about 70, I came over a large hill, and right as I reach the peak, I see a police car sitting on the side of the road. As soon as I pass him, he jumps on the parkway right behind me. I knew he was after me. He throws on his lights, and I pull over.

The officer walks up, and asks me for my license and proof of insurance. Then he walks back to his cruiser to run my info. He takes a good while, I'd say 8-10 minutes before he comes back. At this point, I am very late for the screening of Star Trek. When the officer comes back, he hands me a speeding ticket for doing 67 in a 50. The first ticket I have ever gotten.

At the age of 24, my first I got my first speeding ticket, all because of Star Trek.

So anyway, after the officer let me go, I continue on to the theater, and at this point, I am almost 30 minutes late, and I know that the episode starts at 30 minutes in. I am quite frustrated at this point, because I have a speeding ticket, and I am missing the event I waited all day for.

Jonathan, Sarah, and I get to the theater, and run inside to get a seat. As we walk in, a theater worker asks us what we are there for, because all screens have already started showing. We explain to her that we are there to see Star Trek, but are just a bit late.

She then informs us that the 10:30 showing was canceled. We couldn't believe it. Why would they cancel just mere hours before the showing? It didn't make sense. Anyway, we got a refund, and free passes to our next movie. We are going to try for the Thursday night screening instead.