Last year I was contacted by Justin Eugene Evans to finish some visual effects work on A Lonely Place For Dying. The shots I did for the film required me to push my skillset further than I had ever done before.
Since I was brought on to the film late in post production, the relatively high number of VFX shots for an independent film had to be completed in a span of just 5 months. Two computer generated shots of the bombing of Vientiane, and 26 greenscreen shots of James Cromwell in a phone booth on the corner of a street in Washington DC. I also had some other minor VFX shots sprinkled through out the film, but most of my work was concentrated in the prologue.
So those shots were the first I worked on. The shots were to depict the historic bombing of Vientiane, Laos by a squadron of B52s in 1972. So with that in mind, I began finding reference of B52s from that era, and also watching old bombing footage to get an idea of the look for the explosions.
Because of the tight schedule, I downloaded a mid-poly model of a B52 from Turbosquid for these two shots instead of creating it myself. Once I got the model, I realized it wouldn't cut it as is. So I spent an entire weekend from Friday-Sunday tweaking the model and completely texturing it from scratch. While the model would not hold up in close ups, it would work fine for the camera angles chosen for the shots. 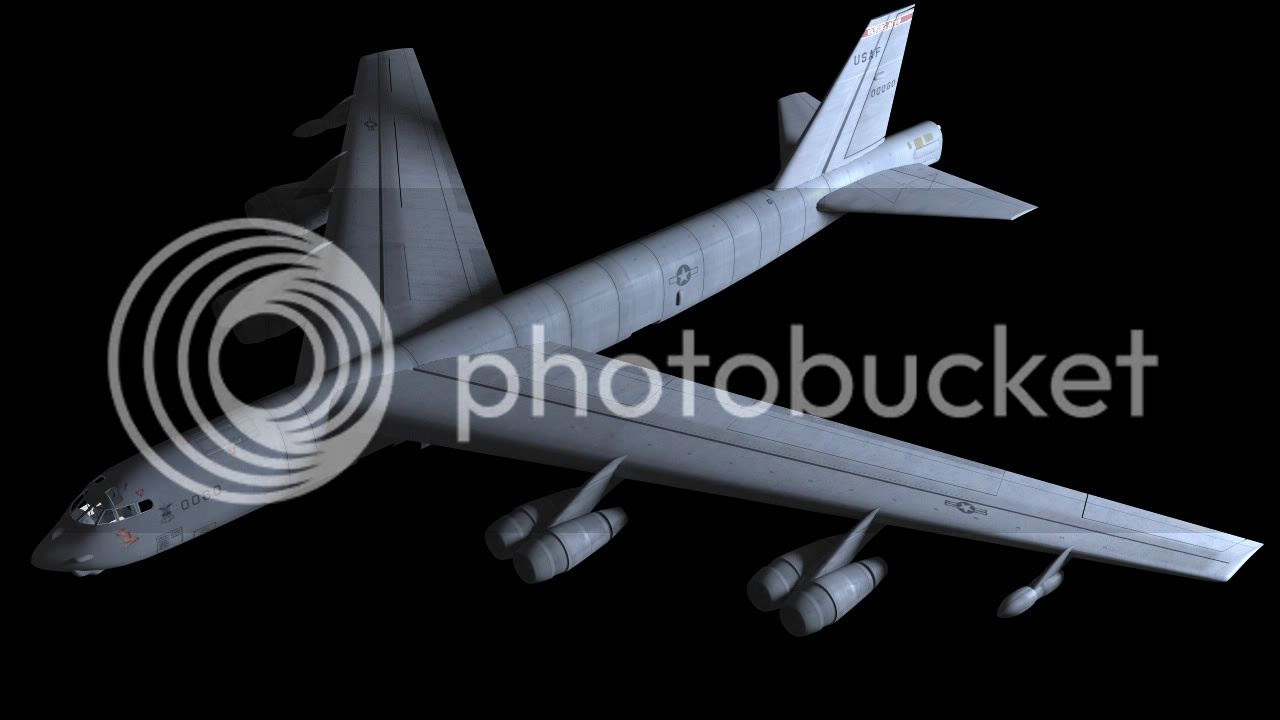 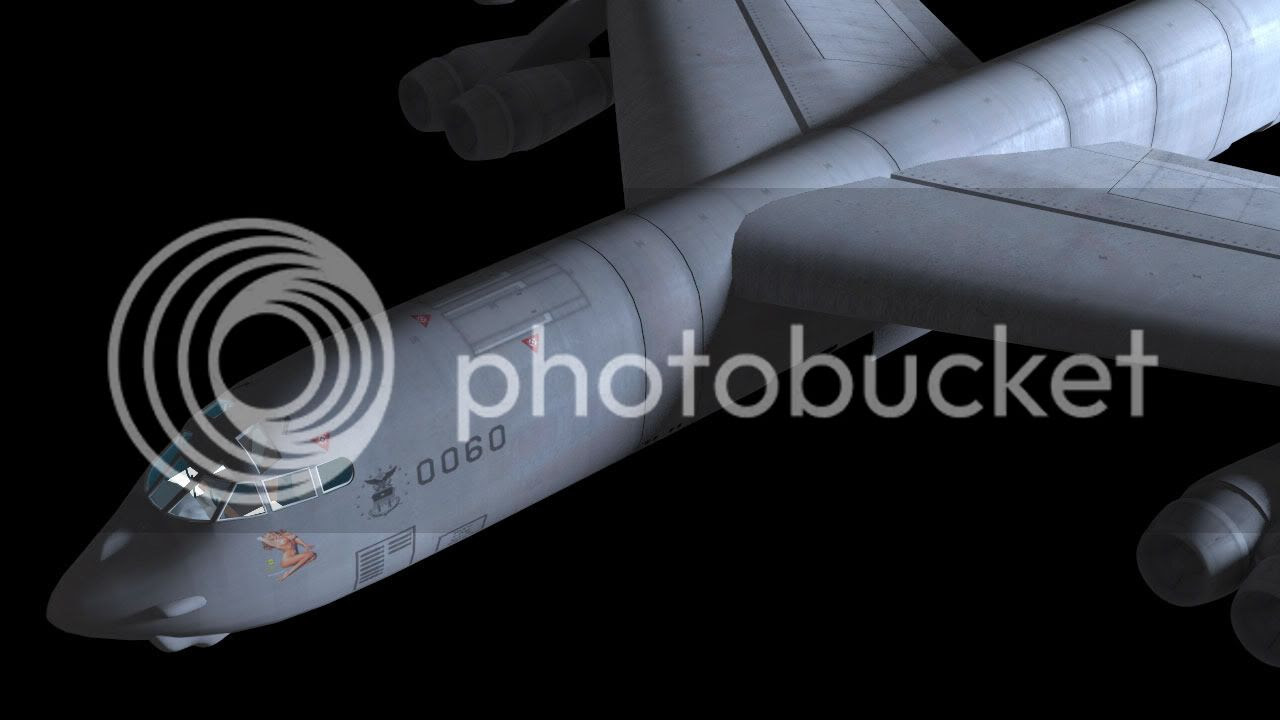 Click to Enlarge
Then I moved on to creating the explosions for the bombing sequence. I started by attempting to use stock footage explosions, but most stock is filmed from the side, and not from above as these shots required. Stock elements also didn't produce the gritty and dirty look of bombs from the 1970s era. I then began experimenting with using particles for creating the explosions, but this did not produce convincing photorealism. The shaders looked good, but the particles did not move in a natural boiling way that explosions do.
So with those two options shot down, I turned to my good buddy Tom Miller who is a very good effects TD who happens to have a lot of experience with particles and fluid dynamics. I was not fully convinced that fluids were up to the task of such large scale explosions, as rarely have I seen large scale fluid explosions look good. They usually have a strange oily appearance to their movement, much like dropping ink into water.
However, I had Tom do some tests to convince me it was possible to do the explosions convincingly with fluids and some additional particles. He sent me back a test that looked fantastic, and so I brought him on as effects TD for the bombing shots. He went on and created about 5 or 6 fantastic fluid explosions that looked and moved wonderfully and felt just like the reference footage I had seen of old war bombings. They even had nice little debris trails shooting out, which was a very nice touch. I did some work on the fluid shaders, but Tom was the real magician with the explosions.

Another thing of note in these shots are the clouds. I had originally thought I was going to make CG volumetic clouds, but deadlines were looming, and there was no time for that. So instead, I went outside and photographed real clouds against the blue sky. I keyed the clouds off the blue sky, and placed them on 2D "cards" within in 3D space in order to get a fake parallax with the clouds. The effect is very convincing, and the clouds do indeed look 3D, even though they are not. The second bombing shot in particular benefits from this technique. You can view the cloud elements effect alone in the video below....

Also, you can view complete breakdowns of both bombing shots..

After I had finished most of the rest of the VFX for the film, I came back and concentrated on the shots of Howard Simons (James Cromwell) in a phone booth in Washington DC. Unlike the bombing shots, which were obviously VFX, these shots had to not draw attention to themselves as being effects shots. If the audience was aware that Cromwell was on a greenscreen stage in New Mexico, instead of on a D.C. street corner, it might pull them out of the scene.
I was given a 4K still shot of the Washington locale, which I then painted out all the modern technology and vehicles. Then I had to populate the streets with moving 1970s era vehicles. For this, I used a combination of CG vehicles, as well as some 1:18 scale die cast "miniatures". I used the miniatures only in the close-ups of Cromwell, as I couldn't figure out a way to convincingly have them line up with the perspective of the back plate, as well as drive on their own. 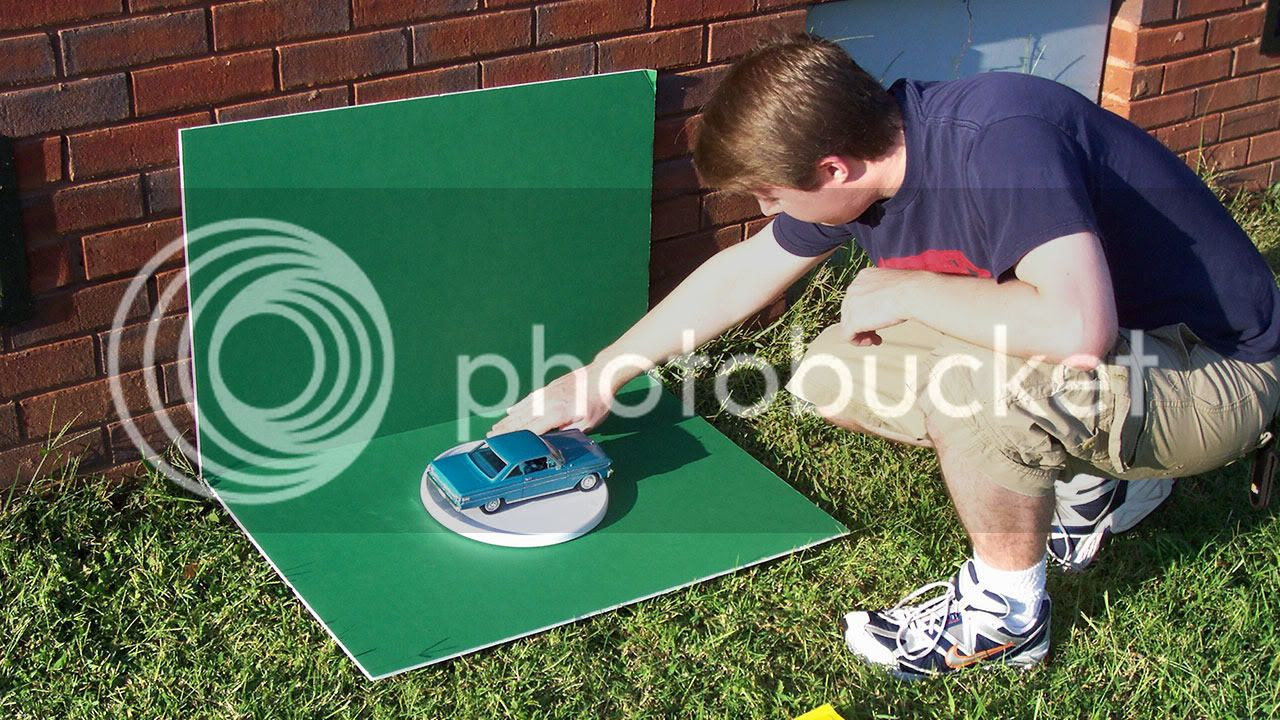 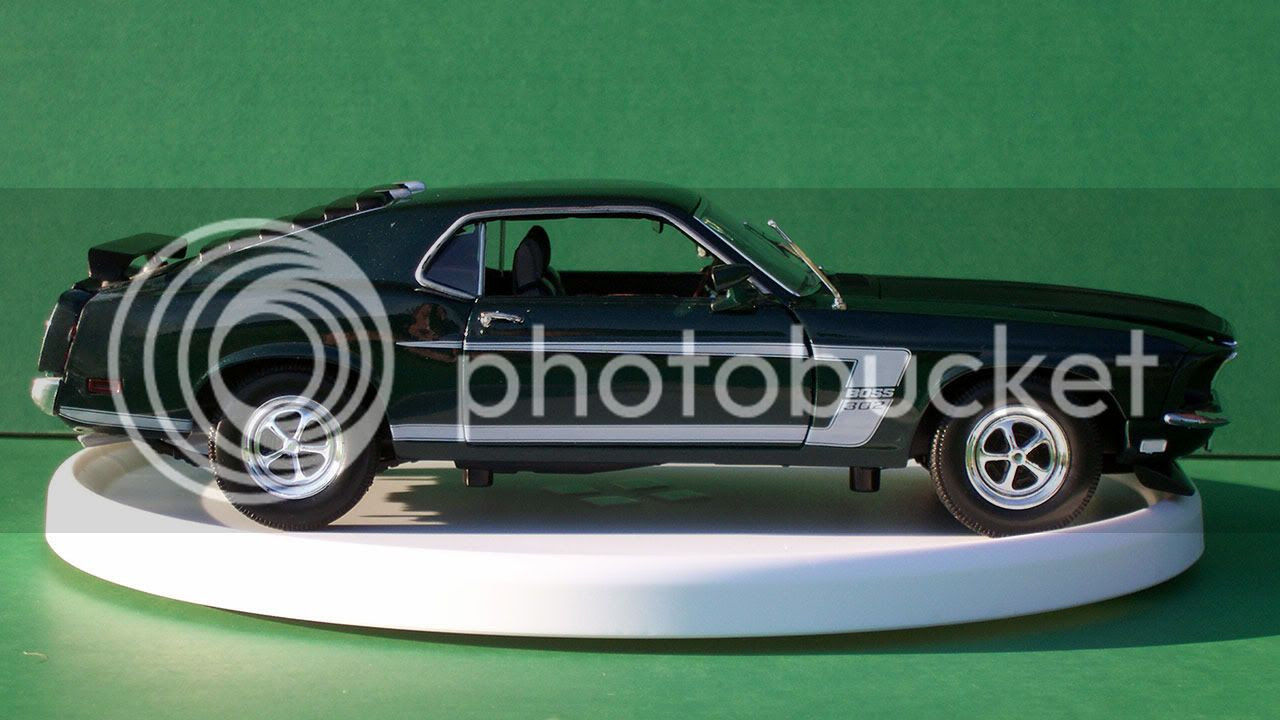 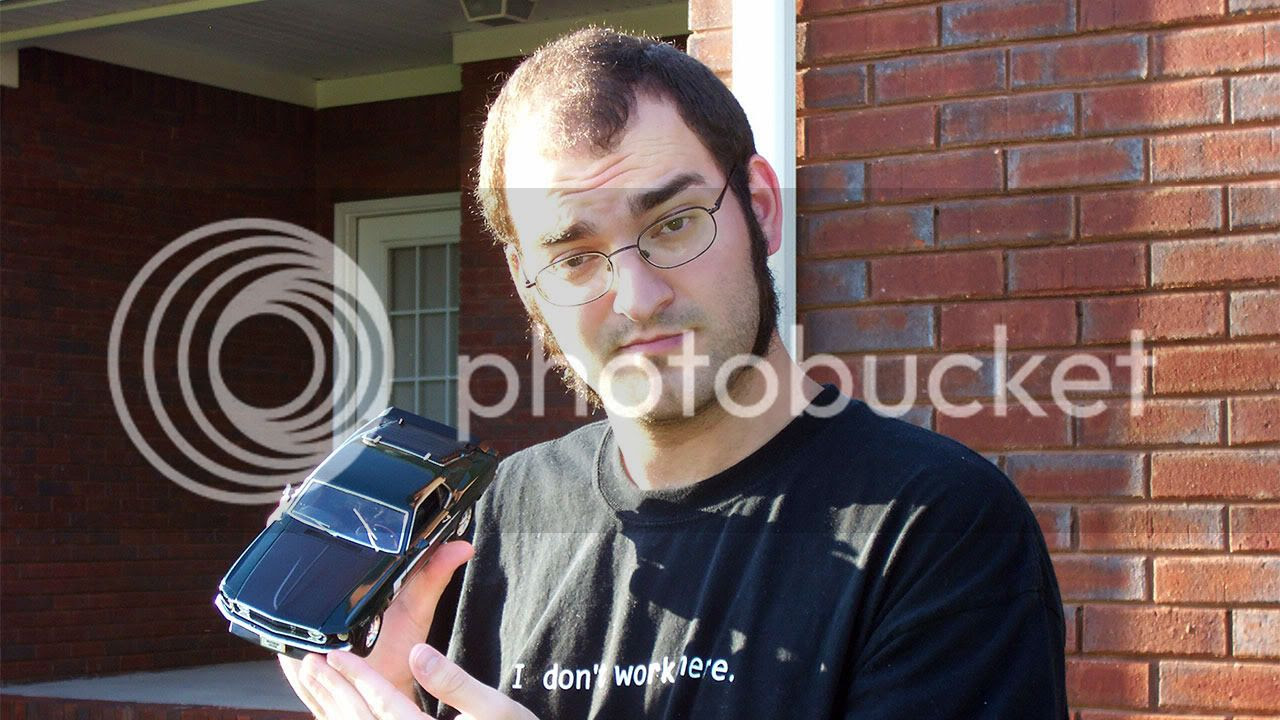 To get the minatures in the shots, my buddy Jonathan and I simply photographed stills of the models against green or blue posterboard depending on the model's color. We shot outdoors in natural sunlight to make sure it matched the natural light of the plate. We put the cars on a lazy susan so that we could move the models around to get the angle we wanted, instead of having to move the camera around. Some people might be wary of using such a low-tech solution in a film, but if you can get away with it, and it looks good, then there's no reason not to. It saved us countless hours of having to render CG cars for the number of shots, and no one would be any the wiser if I had not mentioned it here. To complete the illusion, I photographed friends and co-workers on greenscreen and put them in the miniature cars as drivers. Then I simply animated the stills of the models across the screen, then added motion blur. Due to the background being defocused, I could get away with using this simple method.
For the wide and medium shots of D.C., I used a library of CG cars I downloaded. Again, the cars were not up to spec for feature film use, so I modifed them, and gave them all new shaders. I rendered them with reflections of the D.C. location in order to integrate them into the plate better.
Hopefully, most audiences won't even know there are any VFX involved in those shots.
You can view a breakdown of a D.C. shot below...

A Lonely Place For Dying has not yet been released in the U.S., but I will update the blog as soon as it is. I just got my screener last week, and believe me, it's a great film.
Posted by Daniel Broadway at Saturday, February 20, 2010 4 comments: