Personal:
Today is May 10th, and that is significant, because that marks two years since I eloped with my wonderful wife Sarah.
I must say that it's been a wonderful two years. She and I have always been very good together, and our connection to each other is quite extraordinary. We met, oddly enough, on the Internet back in the summer of 1999. A year later, I met her in person in Salt Lake City, Utah.
After one crazy situation after another over the following years, we finally got married on May 10th, 2005, in secret, at the courthouse in Athens, Alabama. I had no plans to marry her that day, I just simply woke up and decided I wanted to married to her that day.
So, I went over to her apartment, and she was still noticeably sick from a cold. I asked her to get married that day, and at first, she thought I was joking. However, I made it clear that I was indeed serious. She agreed to elope, and the rest, they say, is historyToday, two years later, I reflect on all the struggles we have gone through together, and I must say it was all worth it. Sarah is the greatest wife anyone could ask for, and I am thankful everyday for her companionship. Being apart from her for more than a few minutes brings on feelings of loneliness.
Happy anniversary, Sarah, I love you.

On another personal note, my best friend, Jonathan, graduates from college tomorrow. He's put in alot of hard work at school over the past few years. So I want to publically congratulate him, and his very big accomplishment. Congrats, J.

Visual Effects
On a more professional note, I have been working on CG buildings for the film Like Moles, Like Rats. Specifically, I've been working on the CG version of the Times Building. The real life counterpart, which is in downtown Huntsville, Alabama, serves as the setting for the films third act. I modeled it based off reference photos I took, which is mentioned in my last blog entry.
Anyway, below are some various renders of the work in progress on the CG Times Building. 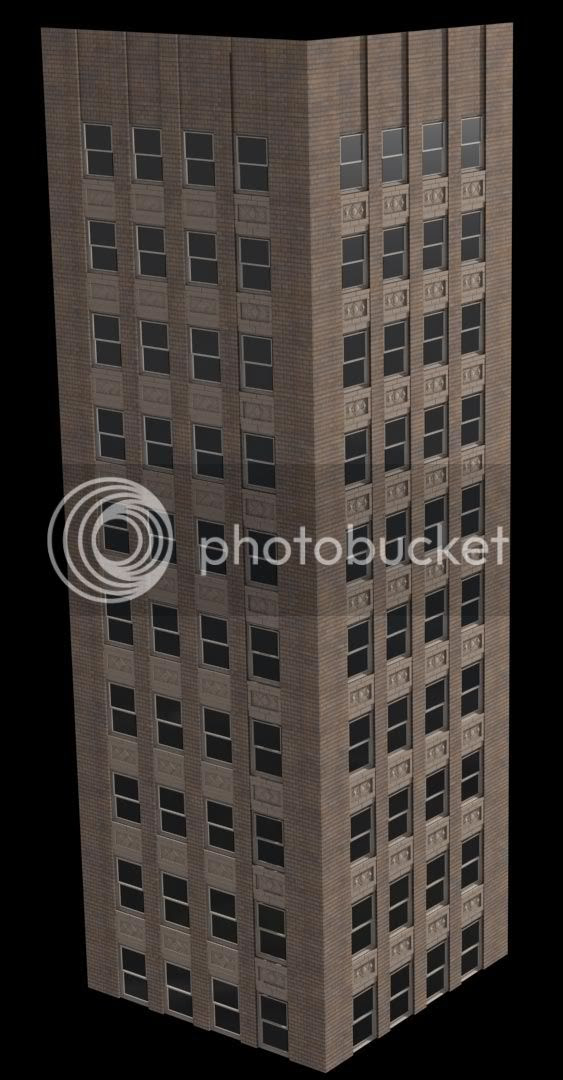 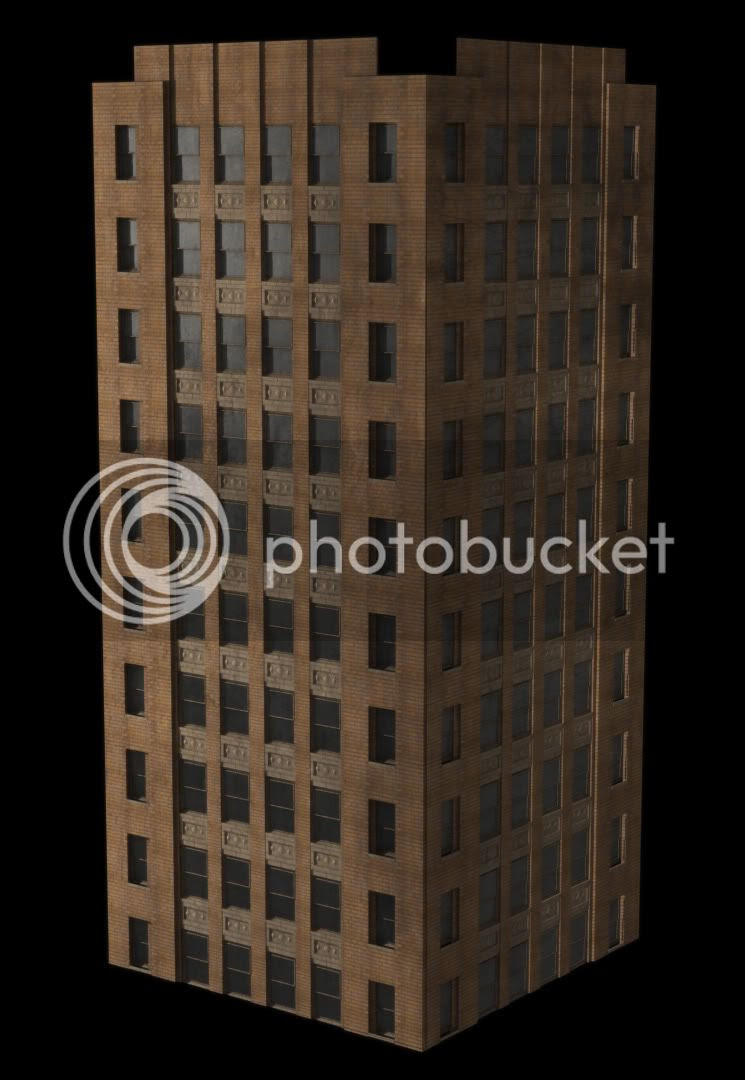 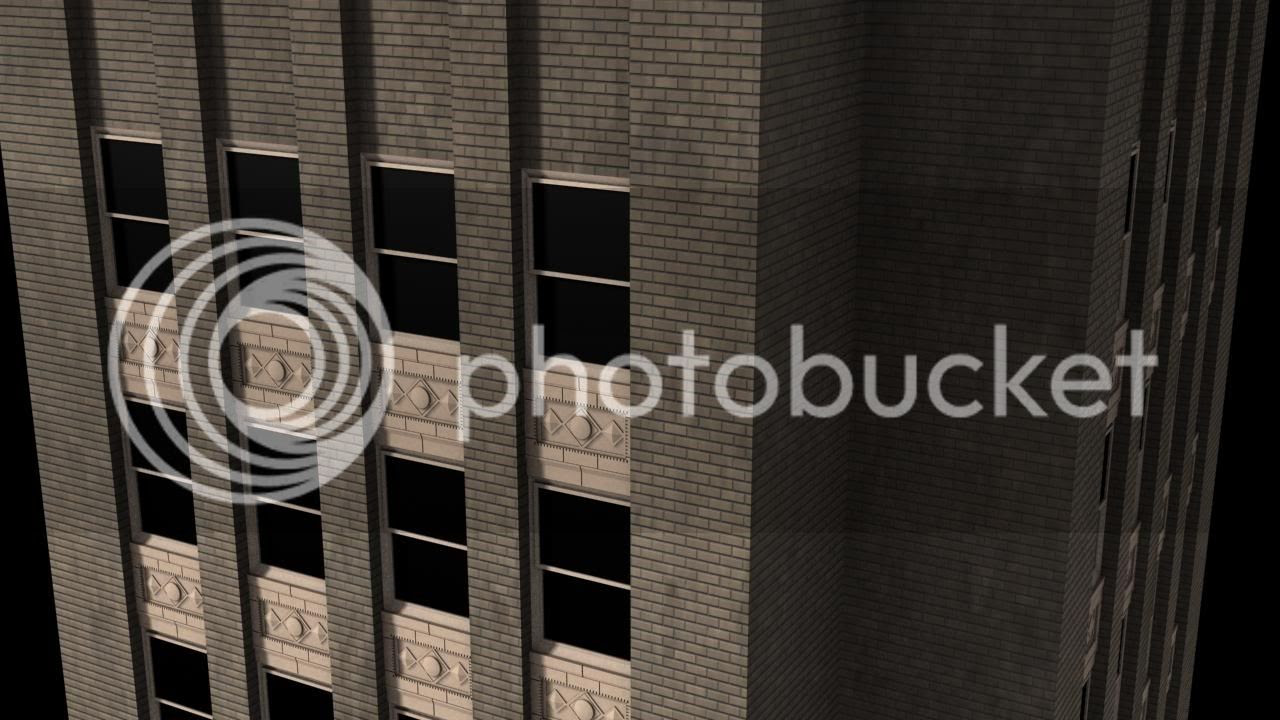 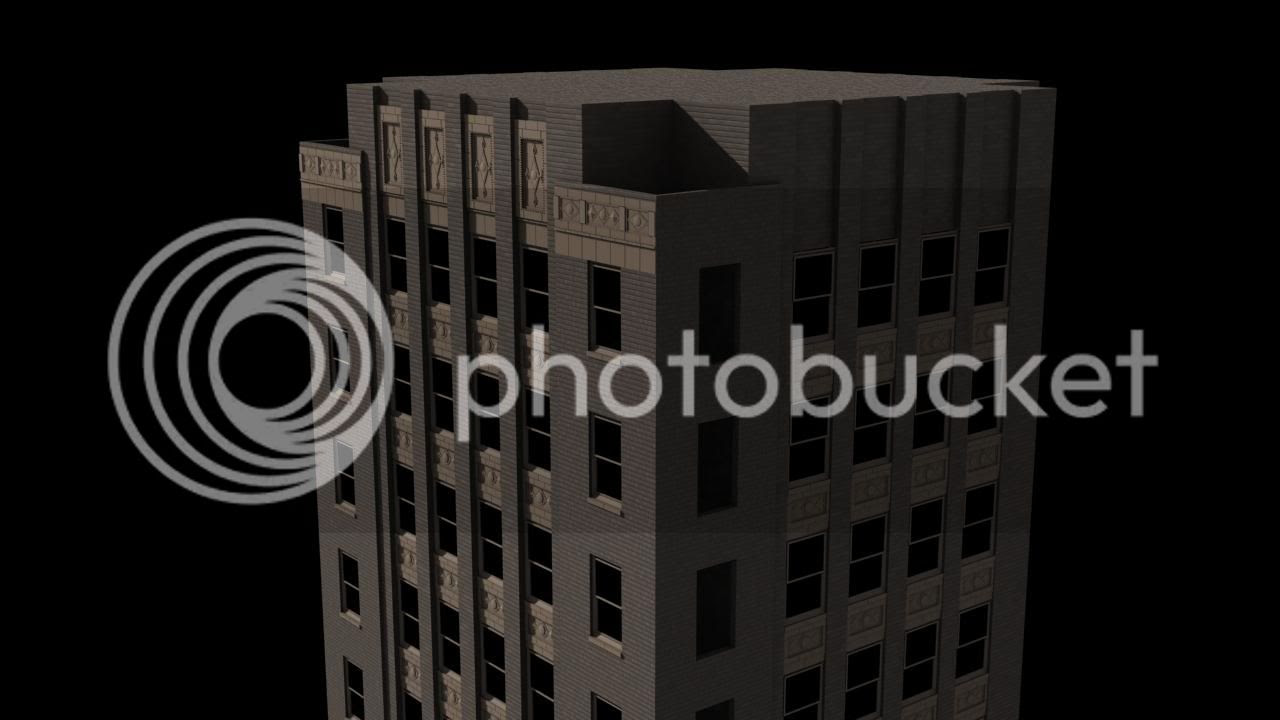 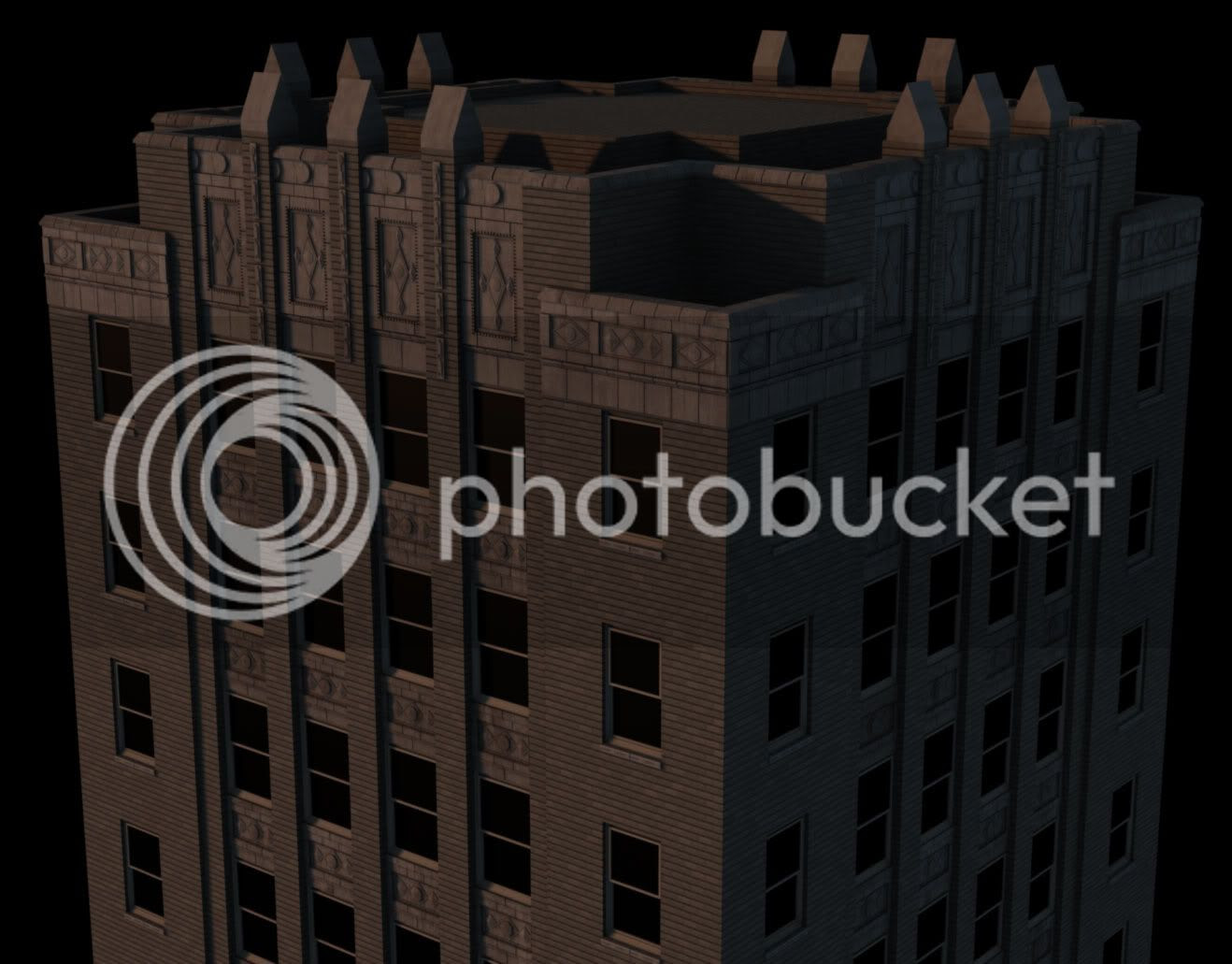